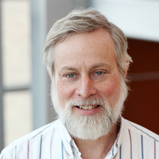 Single cell RNA-Seq provides a powerful particle biology approach for the study of cellular level heterogeneities. The technology for single cell RNA-Seq is rapidly evolving, yet several fundamental challenges remain. First, there is gene expression noise, resulting from the pulsatile, bursting nature of gene expression. Second, there is the technical noise that results from the technical challenges of transcript detection when working with picogram amounts of RNA. A third problem is the artifact changes in gene expresso that result from the process of generating single cell suspensions for analysis. During enzymatic dissociation at 37 deg the gene expression patterns of cells are changing. In this project we test a novel method for single cell dissociation that uses proteases active in the cold. These proteases are isolated from organisms that thrive in extreme cold environments. The use of such "cold active" proteases for cell dissociation is analogous to the use heat stable polymerases from thermophilic organisms for PCR. By carrying out cell dissociation at 5-10 deg instead of 37 deg the gene expression artifacts normally associated with this process could be dramatically reduced. The proposed improvement in methodology could have widespread impact on single cell RNA-Seq studies, rendering results more realistic representations of the in vivo state.

With regards to the Potter project, the report commented: 'But it was pointed out that the dissociation process itself, as well as exposure to cold, also produce tissue changes that could make interpretation of data problematic – although this is a step in the right direction. It was also proposed to look for damage markers to determine the state of the samples. The RBK needs to meet these challenges head on – cell dissociation will lead to changes in the tissue. How can these be minimized?'

In response, there is possible concern that while the use of psychrophilic, cold active proteases will reduce the gene expression changes associated with 37O C dissociation protocols, it nevertheless will introduce cold shock stress artifacts associated with incubation at 6O C. Indeed, there is a well-documented cold shock response following a period of exposure to mild hypothermia, typically 25-33O C, with several genes, including Cirp, Rbm3, P53 and Il8 shown to be up-regulated in various cell types (Sonna et al., 2002). Nevertheless, at much lower temperatures the mammalian transcriptional machinery is largely inactive and few if any RNA transcript level changes result. For example, no changes in gene transcript levels were found following incubation at temperatures below 5O C (Fujita, 1999). Although the cells surely experience a cold shock at these low temperatures, they are effectively unable to transcribe new RNA, or turnover old, and therefore their gene expression profiles remain unchanged.