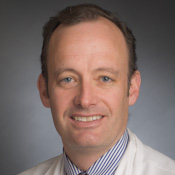 We are interested in the capacities of adult kidney progenitor cells to model the kidney interstitium. Our project focuses on two such populations, a resident mesenchymal stem cell population characterized by expression of Gli1, and dedifferentiated tubular epithelial cells defined by expression of Havcr-1. We will isolate these cell types, define their differentiation capacity in vitro, and coculture them in collaboration with other RBK investigators to model the kidney interstitium in 3D.