Here are some recent data releases from the RBK Consortium:

Source data for new publication from the Carroll lab

The Carroll lab (part of the Application of Progenitor Niche Signals to Ex Vivo Nephorgenesis project) has a new publication in Development, Identification and Characterization of Cellular Heterogeneity within the Developing Renal Interstitium and they have released the source data and related protocols in this new collection:

Kidney formation requires the coordinated growth of multiple cell types including the collecting ducts, nephrons, vasculature and interstitium. There has been a long-held belief that interactions between the progenitors of the collecting ducts and nephrons are primarily responsible for development of this organ. However, over the last several years, it has become increasingly clear that multiple aspects of kidney development require signaling from the interstitium. How the interstitium orchestrates these various roles is still poorly understood. We show that during development, the interstitium is a highly heterogeneous, patterned population of cells that occupies distinct positions correlated to the adjacent parenchyma. Our analysis indicates that the heterogeneity is not a mere reflection of different stages in a linear developmental trajectory but instead represents several novel differentiated cell states. Further, we find that beta-catenin has a cell autonomous role in the development of a medullary subset of the interstitium and that this non-autonomously affects the development of the adjacent epithelia. These findings suggest the intriguing possibility that the different interstitial subtypes may create microenvironments that play unique roles in development of the adjacent epithelia and endothelia.

Here’s an example of one of the IHC images (metanephros): 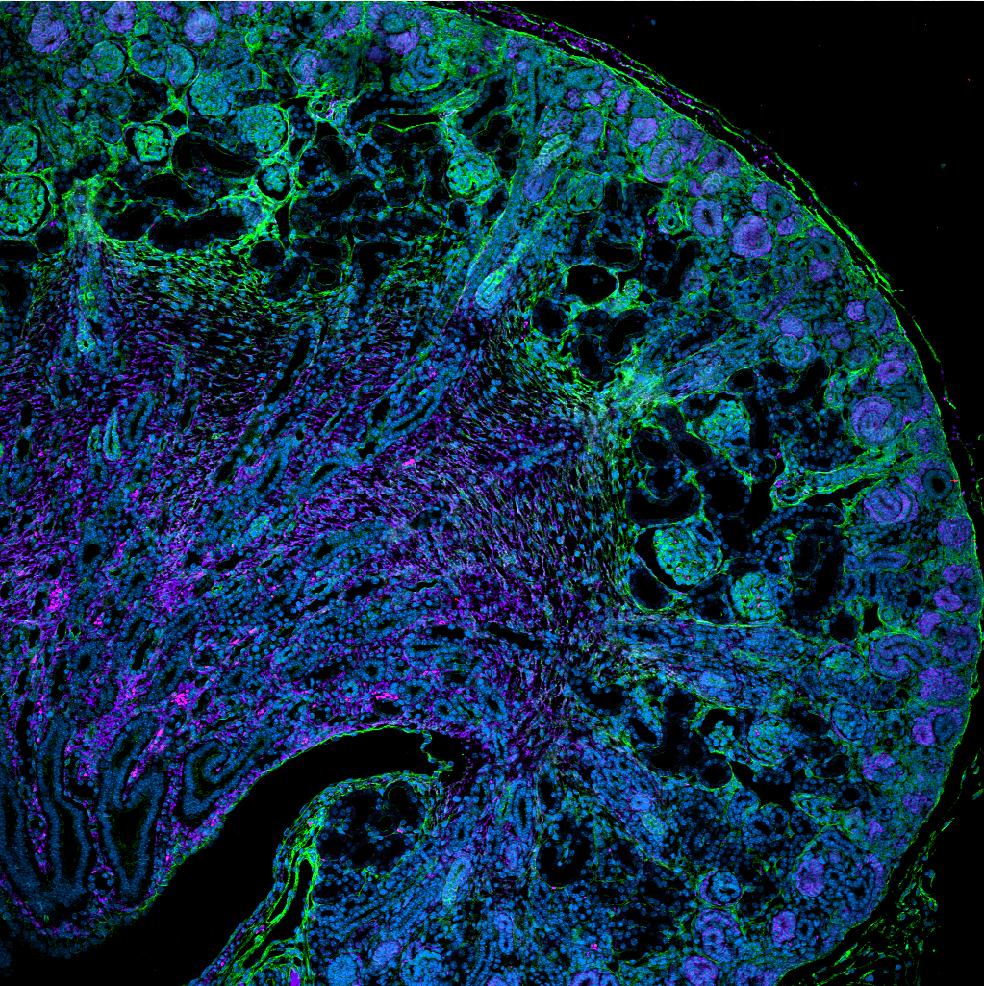